Before discussing what causes cataracts we should briefly discuss what a cataract is. If you already know feel free to skip down to the next section.

What is a cataract?

A cataract is a clouding of the normally clear lens of your eye. Clouded vision caused by cataracts can make it difficult to read, drive a car or even see the smile on your grandchild’s face. The loss of depth perception can cause a miscalculation in how close an object is or isn’t. Cataracts make vision blurry and can make it harder to see in bright light or at night and colors may appear to be duller. They are a common eye problem associated with aging that usually develop slowly. They typically don’t affect your eyesight early on, but will eventually interfere with your vision and thus, your quality of life. Untreated cataracts can lead to blindness. 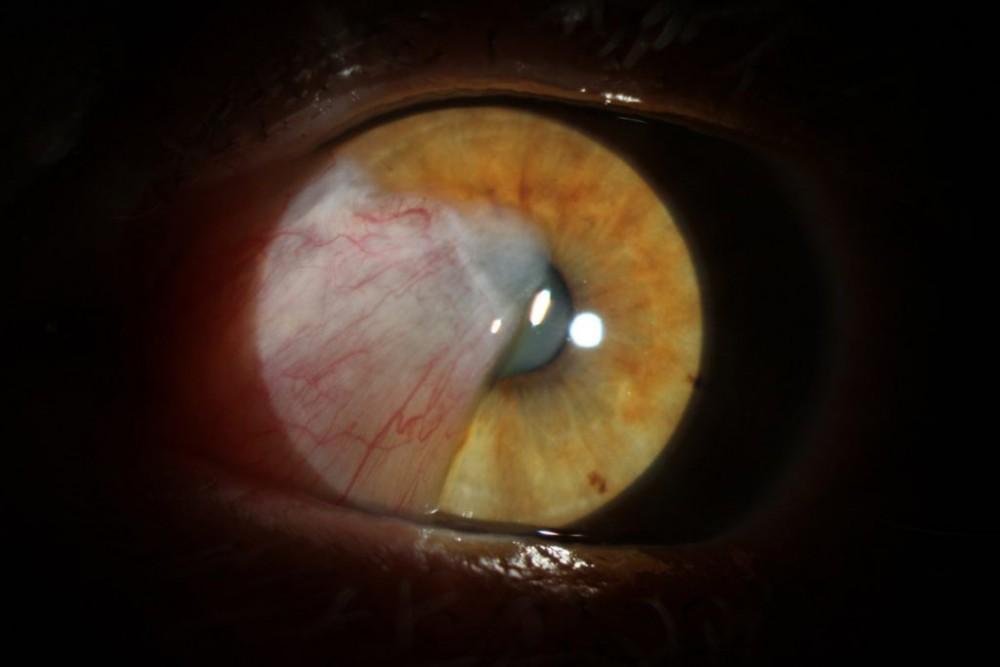 How do cataracts form?

Most cataracts develop when aging or injury changes the tissue that makes up your eye’s lens. When the lens of your eye becomes cloudy due to crystallin protein clumping, the resulting image is blurred and less bright. Crystallin is a water-soluble protein found in the lens, which makes the structure transparent. A healthy lens is transparent and allows maximum light to enter the eye. Cataracts occur when crystalline proteins within the lens become damaged, triggering them to misfold and aggregate into clumps inside a normally clear lens leaving them cloudy or hazy, blocking some of the light. It can cause the loss of some or all of your eyesight.

In addition to age-related cataracts, there are congenital cataracts. This is what doctors call it when babies are born with cataracts. These cataracts may be caused by infection, injury, or poor development in the womb. Or, cataracts can form during childhood. These can happen as a result of other medical conditions, such as diabetes.

Other causes for the progression of cataracts can be attributed to being around toxic substances, UV light exposure, or radiation, or from taking medicines such as corticosteroids or diuretics. Smokers are at risk for cataracts because smoking produces free radicals, which cause damage to cells, proteins and DNA and smoking increases exposure to toxins. Heavy drinking of alcohol can also increase the chance of developing cataracts.

Another risk factor for cataracts can be nutritional deficiencies from poor digestion, or inadequate intake or absorption of nutrients. Trauma can cause cataracts, as well, which can form after an injury to the head or eye or after ocular surgeries or they can occur due to other eye conditions. Some inherited genetic disorders that cause other health problems, such as diabetes can increase the possibility of forming cataracts as well.

You can click on the link to learn more about cataracts or contact us today to schedule an appointment by calling (843) 553-2477 or click here to schedule online.

What diet helps thyroid eye disease and what foods should be avoided?

Your diet is of utmost importance in managing Graves’ Disease. There is a connection between people having an intolerance to gluten, such as in Celiac disease, and those having autoimmune thyroid diseases such as Graves’ Disease and Thyroid Eye Disease...

What is thyroid eye disease and can it be treated?

Thyroid eye disease is an autoimmune eye condition that is often seen in people with thyroid disease and is usually abbreviated TED. It tends to run in families and is more frequent in women and in smokers...

Are there foods to avoid if you have glaucoma?

Although there is no known direct connection between nutrition and glaucoma, certain foods have been identified that increase the intraocular pressure (IOP) in your eyes and can potentially make glaucoma worse...

What happens the day after cataract surgery?

Do not drive the first day following surgery. Protect your eyes from bright sunlight and keep the protective shield taped over your eye for several hours according to your surgeon’s instructions. Do not rub or push on your eye...

Can you get rid of cataracts without surgery?

The Food and Drug Administration (FDA), have not approved any non-surgical cures for cataracts. However, there is ongoing research into topical treatments for cataracts...

How can you tell if you have cataracts?

Most age-related cataracts typically develop over a span of years, even decades. It’s a comparatively slow process...